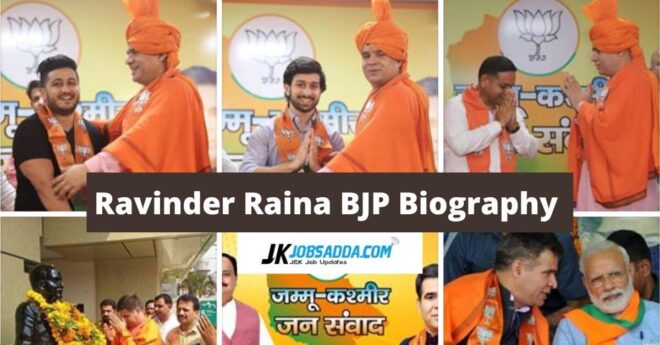 Ravinder Raina is an Indian politician mainly from the union territory of Jammu and Kashmir. He is a great leader and always fought for the justice of J&K youth. He is a member of the Bharatiya Janata Party and also part of the Rashtriya Swayamsevak Sangh.

As a politician, he has considered various issues being faced by UT Jammu and Kashmir and taken them to the higher authorities for Justice. His enthusiasm and patriotism can be traced by the way he talks in various interviews as conducted by Journalist Mr. Ashish Kohli of Jkmedia.

We have embedded one of a video below from Jkmedia in which Ravinder Raina is talking about the burning issue of Jammu’s Toll Plaza.

Ravinder Raina’s contact number is not available on the internet. However, you can contact him using their social media.

Politician Ravinder Raina is active on twitter and have more than 20k followers.

Ravinder Raina’s whatsapp number is not available on the internet. You can mention or ping him on facebook or twitter.

That’s all we know about to write as Ravinder Raina BJP Biography, we will update this information in future so stay connected with JKJOBSADDA.